There are a lot of options in streaming services right now. From your Amazon Prime to your Netflix, we have many options to choose from within the streaming world, but a lot of them don’t have what we’re looking for, especially when it comes to horror. Tubi has excellent hidden gems, and Shudder does the hardest job acquiring and streaming horror that I’ve ever seen. However, there was one streaming service that I longed to get, and it’s finally coming to North America.

Arrow Video recently announced that they will be expanding their streaming services to North America! They already have a subscription service for fans in the UK, so the move to North America is exciting and long overdue! Launching October 1st, the subscription-based platform will be available on all platforms, including Roku, Amazon Prime, iOS, and Android. Arrow will be offering those who want the service (and you know you do) $4.99 a month or $49.99 for an annual subscription.

They’re even coming out with an epic lineup to start the new journey with classics like Texas Chainsaw Massacre, The Deeper You Dig, and from one of my favorite filmmakers, Hershell Gordan Lewis’ collection The Herschell Gordon Lewis Feast.

Based in the UK, Arrow Video is an independent distributor of classic horror, art, cult, and classic films. You can easily compare them to The Criterion Collection and Blue Underground. The lineup of movies in their roster is incredible. Alice, Sweet Alice, The Hills Have Eyes, She-Devils on Wheels, Blood and Black Lace, and Re-Animator is just a few of the DVDs and Blu-Rays they have to offer.

If you’re interested in checking out the lineup and how to subscribe to the service, check out the press release below for all the nitty-gritty details that will be on the new streaming service!

London, UK – Arrow Video is excited to announce the bow of their new subscription-based ARROW platform, available in the US and Canada beginning October 1st.  Building on the success of the Arrow Video Channel and expanding its availability across multiple devices and countries, ARROW boasts a selection of cult classics, hidden gems, and iconic horror films, all curated by the Arrow Video team.
ARROW begins streaming with headliners The Deeper You Dig, The Texas Chainsaw Massacre, Crumbs, The Hatred, Cold Light of Day, Videoman, and The Herschell Gordon Lewis Feast.  Also immediately available are perennial Halloween hits Hellraiser 1 & 2, Elvira, Ringu, the complete Gamera series, as well as full collections from the ARROW archives packed with exclusive extras, rarely seen interviews, and documentaries.
ARROW will be available October 1st in the US and Canada on the following Apps/devices: iOS (iPhones and iPads), tvOS (Apple TVs), Android (all Android devices), Fire TV (all Amazon Fire TV Sticks, boxes, etc), Roku (all Roku sticks, boxes, devices, etc) and on all web browsers at https://www.arrow-player.com. 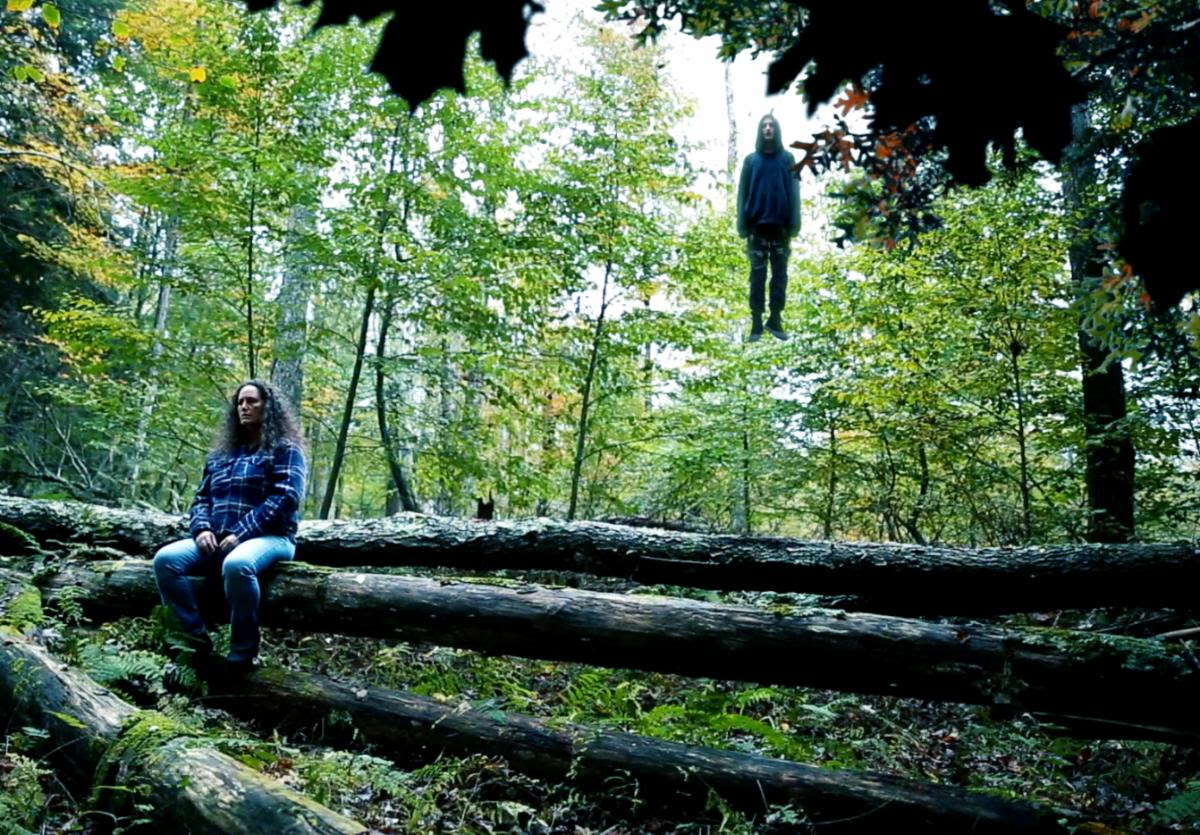 The Deeper You Dig, the latest feature written, directed by and starring filmmaking family the Adams Family (Knuckle Jack, Rumblestrips), described as “a force to be reckoned with” (Dread Central), leads the lineup of ARROW’s launch, joined by The Adams Family’s The Hatred, Tobe Hooper’s groundbreaking classic The Texas Chainsaw Massacre, Crumbs (the debut feature of Jesus Shows You the Way to the Highway‘s Miguel Llansó), 1989’s Cold Light of Day and the Swedish nightmare Videoman.
The program is anchored by the Herschell Gordon Lewis Feast, over a dozen selections from the Grandfather of Gore.  The classics include: Blood Feast, How to Make a Doll, The Wizard of Gore, Scum of the Earth, Color Me Blood Red, Something Weird, The Gruesome Twosome, A Taste of Blood, She-Devil on Wheels, Two Thousand Maniacs, Moonshine Mountain, Just for the Hell of It, This Stuff’ll Kill Ya, and The Gore Gore Girls. 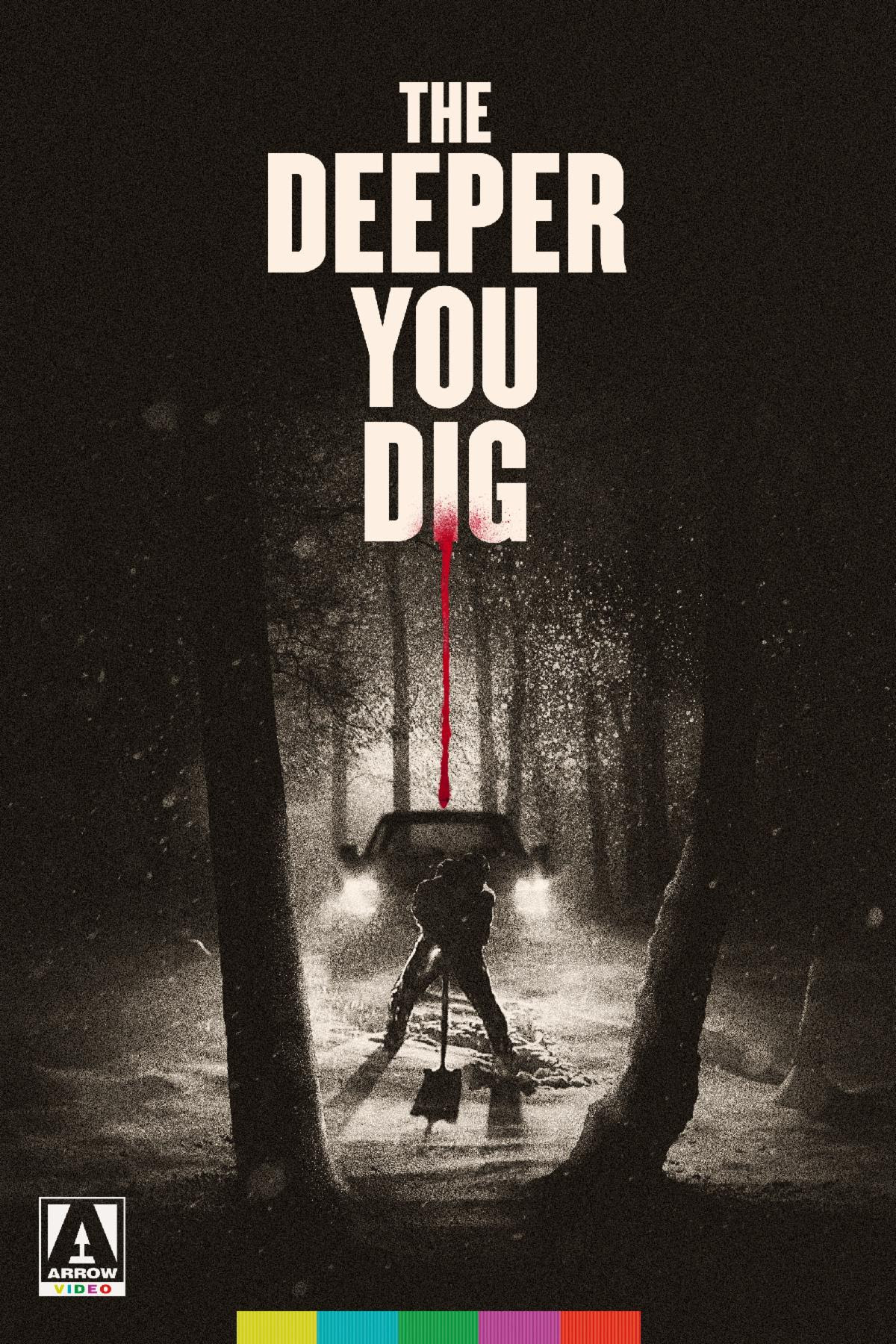 Bogus tarot card reader Ivy (Toby Poser) and her teenage daughter Echo (Zelda Adams) are an unconventional but loving mother/daughter team. But when reclusive Kurt (John Adams) moves in down the road, a tragic accident results in Echo’s murder, causing three lives to collide in mysterious and wicked ways. Kurt believes he can hide his secret beneath the earth – but Echo, refusing to accept death, burrows into his head until he can feel her in his bones. As she haunts his every move, trying to reach her mother from beyond, Ivy must dig deep to see the signs and prove that love won’t stay buried.
ARROW October (US/Canada):
The Deeper You Dig
The Hatred
The Texas Chainsaw Massacre
Crumbs
Cold Light of Day
Videoman
The Herschell Gordon Lewis Feast
October Seasons:
Edgar Wright Selects (Filmmaker Edgar Wright Selects his top ARROW picks)
Audition
Blood and Black Lace
Death Walks at Midnight
Death Walks on High Heels
Deep Red
Don’t Torture A Duckling
Hellraiser
Henri-Georges Clouzot’s Inferno
Le Plaisir
Psychomania
Re-Animator
Ringu
Schlock
The Cat o’ Nine Tails
The Crazies
The Fifth Cord
The Forbidden Photos of a Lady Above Suspicion
The Stuff
Torso
What Have You Done To Solange?
Tooled Up (Power Tools and Blood Splatters)
The Texas Chainsaw Massacre
Microwave Massacre
The Driller Killer
Edge of the Axe
Blood Rage
The Wizard of Gore
Doom Asylum
Why Don’t You Just Die!
The Mutilator
The Gore Gore Girls
White Fire
Audition
Midnight Movies (Restored Low-Budget Exploitation)
Videoman
Tetsuo: The Iron Man
Cold Light of Day
Crumbs
Deadbeat at Dawn
La Grande Bouffe
Evil Ed
Story of Sin
Sister Street Fighter
Ivansxtc
The Swinging Cheerleaders
Warning From Space
Inferno of Torture
The Baby
Vampyres
The Coming of Sin

Home of Cult Movies. ARROW is here to give you a premium viewing experience across multiple devices so you can explore the movies that the ARROW VIDEO brand is famous for. Personally curated by members of the  ARROW team, every title joining the service gets our stamp of approval.
ARROW will be home to cutting edge repertory cinema – such as the works of Herschell Gordon Lewis (Blood Feast, The Wizard of Gore), Latin American Giallo Crystal Eyes, the Kaiju king Gamera, Cyberpunk nightmare Tetsuo: The Iron Man, Wes Craven’s seminal masterpiece The Hills Have Eyes and so much more. In the coming months, ARROW will be adding weird and wonderful cult curios selected by the team at AGFA (American Genre Film Archive), the works of maverick filmmaker William Grefé (Sting of Death, Mako: Jaws of Death) along with North American horrors and festival favorites The El Duce Tapes & The Bloodhound as part of our global strategy to support and celebrate New Cult.
ARROW will also be home to an ever-growing collection of interviews, documentaries, and additional extras, newly created just for the service and from our archives. The service will be updated regularly with fresh content, new curation focuses, and never-before-seen content, all hand-picked by the ARROW team. We are here to bring you the best of what you know us for and so much more.
Facebook
Twitter

Founder & EIC of DIS/MEMBER. I write books. I giggle on Film Runners. I crave horror & true crime. and I try my best.

Insha Fitzpatrick
ifitzpatri@gmail.com
Founder & EIC of DIS/MEMBER. I write books. I giggle on Film Runners. I crave horror & true crime. and I try my best.

[REVIEW] ‘INTO THE DARK: SEASON 2′: BACK INTO SOME GOOD OL’ HOLIDAY HORROR