There’s a feeling of calm that comes from spending any significant amount of time in nature. A walk outside can improve blood pressure, boost mental health, and eliminate fatigue. It makes us feel like paradise exists just waiting to be reclaimed. With creation myths emphasizing the sanctity of nature, a trip to the woods can fulfill the promise of Eden. It offers an opportunity to purify oneself by going back to a primitive, more essential state. In times of trauma, it’s often recommended as a method of renewal. Yet in horror and comedy, this promise is often corrupted, stripping characters down to the inherent evil responsible for our mythical expulsion.

In these cases, the paradise of Eden becomes a painful trial, a wildland where chaos reigns. In both Lars von Trier’s Antichrist and John Swartzwelder’s “The Call of the Simpsons” from the series The Simpsons — both stories that explicitly connect the woods to Eden — the trip results in a transformation of understanding and form. Following the same essential narrative path, Homer Simpson (Dan Castellaneta) and She (Charlotte Gainsbourg) are reduced to forms of inherent evil through a torment of Eden. Both experiences subverts their desired expectations.

Part I: Expectations of Eden

The biblical myth of Eden describes a paradise offered to humanity by God. God created man to tend to His garden, and so man’s place in Eden is a birthright to the Earth. No matter how perfectly constructed our civilization has become, there remains a drive to return to that place because the modern world is built on our original expulsion. Those who come from Eden can claim an inherited connection to nature’s divine purity. Those outside are sentenced to misery, pain, and death. To seek Eden is to desire to return to that primal place to be closer to God, to embrace the harmony of nature, and in turn, to become better versions of ourselves. Nature is good and elevated from the evils of the world mankind has wrought.

That myth clashes with the realities of nature. There’s a pivotal scene in Antichrist where He (Willem Dafoe) approaches a deer. He expects a magical woodland experience, only to discover the horrific sight of a stillborn calf hanging out its backside. Similarly, in “The Call of the Simpsons,” Homer begins the episode believing himself to be “an experienced woodsman,” but he is repeatedly harmed by the elements once he has entered the forest. Homer wails like an animal when he thinks his son has died in the river.

Although we have created myths of Eden, nature is still a feral world where survival is not a guarantee. It’s in this dichotomy of paradise and survival within nature that the idea of an inherent evil is most obvious. Murder is evil, but killing to survive is part of nature. Character expectations clash with the fact that Eden no longer offers itself or its innocence freely, and to return to nature only exposes evil to the surface.

In both of these stories, Eden itself has transformative power. That power is at first desired, as both She and Homer have issues that they attempt to heal by going into the woods. She is healing from a psychological trauma, the death of her infant son. She is afraid of Eden and describes nature itself as her second biggest fear. This fear is the motivator for He — something of a scientist himself — to bring her to the woods as a form of exposure therapy, to cleanse her of fear and depression.

By contrast, Homer views the wilderness as something to return to and to conquer. Homer has been emasculated by his neighbor Ned (Harry Shearer) in terms of wealth and success, and he must return to the woods to regain his lost manhood. Eden is a place that he has a right to reclaim. Both stories show that returning to Eden may solve the problems of the modern world, but it is a misunderstanding of Eden to think this transformation will bend to our will.

The initial transformations we see in Antichrist are, like the film itself, stark and philosophical. In the biblical tale, it was Eve who ate the apple and disobeyed God. In Antichrist, Gainsbourg’s She carries the guilt of that original sin. She initially grieves her infant son’s death, as anybody would, but during her trip to the woods, She comes to believe in the evil of women. It is slowly revealed that She had not only been putting her son’s shoes on the wrong feet to cause him pain and hobble him. She was knowingly responsible for his death all along. The film received an anti-award at Cannes for how thoroughly the piece rejected spiritual and humanist values.

“The Call of the Simpsons” is a simpler beast. Steeped in the traditions of the American sitcom, it features the same tropes seen in The Honeymooners, According to Jim and Modern Family. Homer is a bumbling fool of a man with a massive ego. The episode does not literally take place in Eden. The woods the Simpsons family enter make for a good proxy. Stripped naked and bare, Homer struggles to survive the wilderness. This journey is played for laughs — to see how out of place the modern man is in the woods — yet even here we see evil on display. Homer is angry and prideful. He intends to conquer nature, but of course, it conquers him in the end. He goes from a good man to a wild beast, forsaking those he loves.

So the initial transformation is a transformation of understanding. We see this throughout Antichrist in the presentation of the world. It recontextualizes the civilized world and adds meaning to things we didn’t understand before. It changes what things mean. A baby bird falling out of a nest becomes a meal. Even something as simple as an acorn becomes understood as a stillborn death. We understand the initial situations as more horrific or comically ridiculous, depending on the genre.

The second transformation we see in both of these stories is physical. For von Trier, the evil of the world stems from women. She becomes convinced that all women truly are inherently evil and deserve punishment. It’s a direct contrast to her original thesis on gynocide. She bolts a grindstone to her husband’s leg and purposefully mutilates herself into a new form. She hacks away at her clitoris with a pair of scissors until she is incapable of experiencing sexual pleasure. The same way Adam and Eve tried to hide their nakedness once they learned shame. She destroys it.

The transformation is altogether different in “The Call of the Simpsons.” By the end of the episode, Homer becomes a mud-covered, incomprehensible monster. The civilized world no longer recognizes him as a man, even after scientific study. He gnashes his teeth and attacks the scientists who prod at him. Homer Simpson’s inherent evil, his pride and inability to admit ignorance, has wholly corrupted his outward form. If Antichrist is misogynist, “The Call of the Simpsons” must be misandrist. Homer is a representation of Man as beast.

These stories invert the idea of nature as renewal. Instead, through society and civilization, we have bettered our natures. The end of “The Call of the Simpsons” is optimistic, with Marge calling Homer her “brilliant beast.” The evil remains a part of him, but maybe not so much on the outside. Control and assuagement are the best we can hope for. The same cannot be said of Antichrist, where She has been transformed by evil so completely and corruptly that He strangles her to death. This likely accounts for the differences in how “The Call of the Simpsons” and Antichrist were received by their respective audiences.

So who do we actually see thrive in Eden? Do any characters obtain the desired transformation they entered the woods to seek?

Upon initial inspection, Marge seems to fit the criteria, but why? As a woman, she should have the same relationship as She to original sin. The answer may lay in the special relationship The Simpsons has to this myth. In a segment of the 1999 anthology episode “Simpsons Bible Stories,” the series subverts the mythology so that Homer-as-Adam is the one to disobey God and succumb to temptation. Marge is therefore in the same position as He in Antichrist, only removed from the influence or effect of her transformed spouse.

She attempts to purify herself of the evil of women, the temptation of pleasure. Homer believes himself to be superior to nature, showing that the evil of men is the temptation of pride. The natural state of things, according to Eden, is subservience and humility. In a transformation of understanding, we see innocence as the acceptance of ignorance. In Marge Simpson’s own words, “We built a fire, and we don’t know anything about nature. Imagine what your father, an experienced woodsman, has done.” This line is followed by a shot of Bart and Homer cold and shivering on the ground. Marge avoids any physical transformation and emerges from the woods unscathed.

If the purpose of Eden is to facilitate this transformation of understanding, it’s no wonder that it becomes the setting for both horror and comedy to thrive. 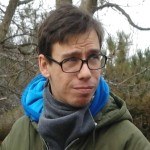 [REVIEW] TIGERS ARE NOT AFRAID IS A DARK, MOVING FAIRY TALE.