Despite the horror genre seeming like purely adult stuff, kids love to be scared as much as their 18+ adult counterparts, and children’s entertainment has been all over the map with spooky, scary, creepy, and gross stuff for kids for forever. Sure, it’s been toned down, but that sometimes works to its advantage. When you can’t rely on gore and violent jump scares, atmosphere pushes your child-friendly content into what’s scary. And, in the end, you’re left with some intriguing material.

I started watching horror as an avid fan around age 10, and my mother didn’t care what I watched, so Hellraiser and Nightmare on Elm Street is where I cut my teeth. This Spooky Stuff for Kids series will look at three categories that any scare-loving kid (with more diligent parents than I had) should hit up for chills: television, movies, and books!

Dare to be Scared Series

The Dare to be Scared series is an illustrated collection of thrilling, chilling tales. Full of ghost stories, dark fantasy, and science fiction, it’s all set in contemporary situations that will seem hauntingly familiar to young readers. Several of the stories draw on the rich heritage of legends, folklore, and cultural traditions as they extend into children’s lives today. With suspense, action, and a manageable scare level for the younger crowd, these stories will be popular around the campfire, during sleepovers, and dark October nights for kids brave enough to crack them open in the dark!

Often considered a more mature option to R.L. Stine, Christopher Pike (the pseudonym of American author Kevin Christopher McFadden) has made his name writing young adult thrillers. His stories follow teenagers as bizarre and violent things from assaults to murders happen. Since 1985, he’s written over 30 stand-alone books, six series with multiple books in each, and a collection of short stories. Pike’s stories might be a bit much for the younger thrill seekers, but older kids will love having an option a step above R.L. Stine but a step below Stephen King.

Grounded more in realism, the Danger.com series follows stories centered around the most seemingly mundane aspect of many of our lives: the Internet. The Internet is a world without rules, without boundaries. Where you can be anyone you want, whoever you aren’t. And it’s all just a click away. Telling stories about stalkers and murderers, Danger.com is a series that scares and thrills because of how real it is. There are no ghosts or monsters here, just good old fashioned human evil! And all in the digestible form of stories less than 250 pages long, for the 11-and-up crowd of thrill seekers!

Scary Stories to Tell in the Dark

Are your kids looking to get their hands on some truly gruesome stories? Look no further than Scary Stories to Tell in the Dark! Collected together by popular American folklorist Alvin Schwartz, this series is full of eerie ghosts, disturbing songs and poetry, and dark, dismal deaths and scares guaranteed to spook the bravest of kids. Skeletons with torn flesh who roam the earth, a ghost that takes revenge on her murderer, a haunted house where a bloody head falls down the chimney — and those are some of the gentler stories! Extra scare points if you can find original copies that include the splendidly creepy and deeply disturbing drawings by Stephen Gammell.

If you’ve followed the Spooky Stuff for Kids series so far, you’ll remember that Coraline made it onto the movies list as well. But if your child is a reader, they’ll appreciate the book, along with another that Neil Gaiman has penned. With Coraline, a young girl looking for excitement ventures through a mysterious door into a world that is similar, yet disturbingly different from her own. She must challenge a gruesome entity in order to save herself, her parents, and the souls of three others before she is allowed to leave. In The Graveyard Book, a toddler, whose family was just murdered, wanders into a graveyard where the ghostly residents agree to raise him as one of their own. With Gaiman’s whimsical but melancholy style, his dark fantasy books are sure to be devoured by kids.

Are your kids interested in spooks and scares that come from the Gothic genre? Introduce them to John Bellairs! He’s best known for his children’s classic The House with a Clock in its Walls (which had a movie release just this past year, starring Jack Black and Cate Blanchett), which follows a boy and two witches going on a quest to discover the clock ticking within the walls. The book is charmingly quaint for a deeply eerie supernatural mystery about grief, necromancy, and the apocalypse. Kids looking for an atmospheric book need look no further!

The Books of Elsewhere Series

Old Ms. McMartin is definitely dead. Now her crumbling Victorian mansion lies vacant. When 11-year-old Olive and her dippy mathematician parents move in, she knows there’s something odd about the place. When Olive finds a pair of old spectacles in a dusty drawer, she discovers the most peculiar thing: she can travel inside the paintings that line the walls to a world that’s strangely quiet and eerily like her own. Yet, this Land of Elsewhere harbors dark secrets, and it’s up to Olive to save the house from the dark shadows before the lights go out for good. Jacqueline West creates a tale that weaves haunting, moving, and dark things into a Victorian-esque mystery novel — reminiscent of Roald Dahl and Neil Gaiman — for the middle-age reading bracket.

There are a host of ghost, ghoul, and monster-related encyclopedias out there for kids who want to learn about the supernatural in a non-fiction way. Laid out with illustrations, charts, and sometimes even pop-ups, this group of ghastly ghoulish encyclopedias will have your little ones learning about them like they would the history or biology of actual beings. From funny and silly to pulling from historical sources — like the creation of the vampire mythos — a Monster Encyclopedia is sure to entertain any spook-loving kid that wants to believe the thing that goes bump in the night might actually be real!

You didn’t think I would leave off the master of children’s terrifying entertainment, did you? R.L. Stine is the be-all and end-all of spooky-kid material. His writing career has spanned dozens of different series and hundreds of books from elementary grade all the way through to adult. That’s right, R.L. Stine has even penned a few adult horror novels! This man single-handedly helped foster a love of reading in about three different generations of kids! I read a ton of the Goosebumps books when I was a kid and some of the Fear Street books when I was an early teen. The quality of writing might not hold up now that I’m an adult looking back, but it’s enough to build an atmosphere for kids to get a good shiver out of. And, if your kid is looking for a particular monster over any others, R.L. Stine has you covered. From werewolves to ghosts to creepy camp counselors, his macabre kids books will deliver the scares that kids are eager for! 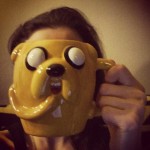 Writer of spooky shit filled with sharp girls and soft boys. Clerk at a grocery store she could never hope to afford to shop at herself. Podcast host/producer for Scooby Dos or Scooby Don’ts. Find her on Twitter, Instagram, and YouTube as FatalAmelia.

Amelia Wellman
amelia.wellman@gmail.com
Writer of spooky shit filled with sharp girls and soft boys. Clerk at a grocery store she could never hope to afford to shop at herself. Podcast host/producer for Scooby Dos or Scooby Don'ts. Find her on Twitter, Instagram, and YouTube as FatalAmelia.

[NEWS] NIGHTSTREAM LOOKS TO BRING THE FESTIVAL EXPERIENCE TO YOUR HOME